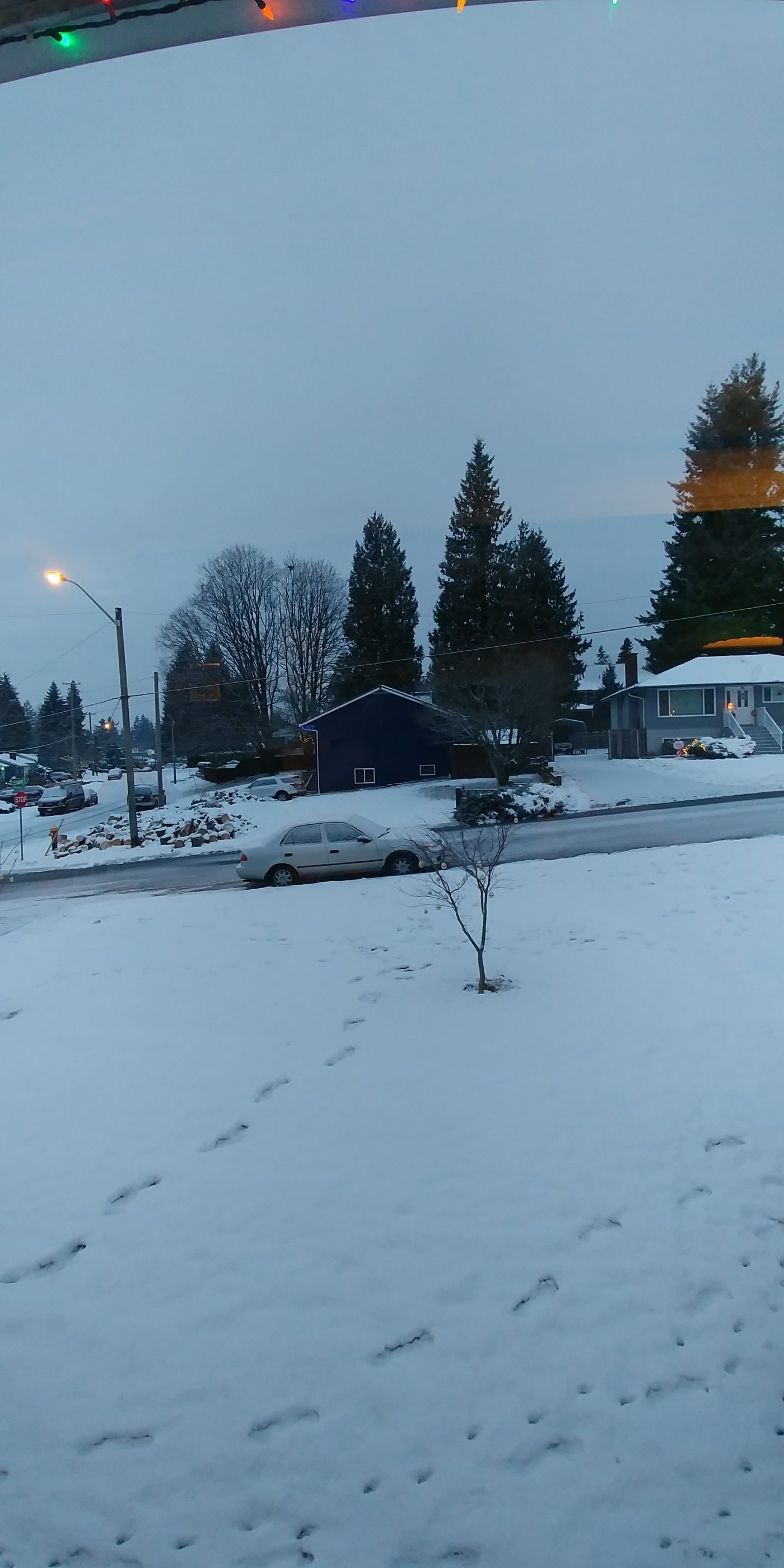 I often struggle with the choice of whether to mention that my son has ASD or not. On one hand, it can help explain some of his behaviour, but on the other hand I want him to be treated as equally as possible. Of course i tell anyone who works with him – teachers, therapists, babysitters. But what about that mom in the park who i don’t know who’s kid just got plowed over and spoke to rudely by my son, do i mention it to her? Or the parent at school who wonders why their child doesn’t have as good a memory as E and is wondering whether there is more they could be doing to help their kid, do I tell them? It’s always a struggle i have within myself. I probably tell too many people, really. It makes me feel better, like its one less reason to judge me and for me to judge myself.

Regardless of how I come to that decision, though, people almost always ask me the same thing, “How did you know he had autism?” Short answer – I didn’t. The longer answer is that i always knew E was hard. From the moment my water broke it has been a struggle with this one. Labour, birth, breastfeeding, every developmental milestone = STRUGGLE. I would say it wasn’t until I had my second baby that I really couldn’t handle the struggle anymore. My second baby, a girl, was easy. Every developmental stage she hits still, I think “Oh! That’s not what E did. I didn’t know kids did _______ naturally.”

When I was pregnant with my daughter (and my son), I was part of a Reproductive Psychiatry Program in my city (an AMAZING resource!) Because I have struggled with depression and anxiety since I was a teen, my doctor thought I might be prone to post-partum depression and referred me for psychiatric support. I went to see a psychiatrist every 6 weeks for my pregnancy until my daughter turned 1. After I had had my baby, I would go in and the doctor would ask, “so how are things going with the baby?” and I would brush off the question, “Oh, she’s great, no problems, but my 3 year old! i don’t know what to do with him.” This went on for several sessions before the doctor said, “it sounds like you have a difficult relationship with your son, there’s another program you could go to for that.” She told me all about a government-funded mental health team for families and I froze. Even though i desperately wanted help with my son, i wasn’t ready to admit there was something different about him. Like someone hearing a Yo Momma joke, I reacted – “Hey! Don’t talk about my momma like that! Only i can say those things.” Also, if he had a mental health problem, I thought it would be my fault and I LOVE/(hate) blaming myself. I just wasn’t ready to accept help. But i kept the card she gave me and thought about it every once and awhile.

My son went into preschool right before my daughter, M, turned 1 and I was so grateful to have a few afternoons to myself. It was my lifeline. He was eager to go and didn’t have any separation anxiety. He’s always been very social (I’ll write more about this another time as I know its not usual for Asperger’s kids) and was glad to have time with other kids. But sure enough after a few weeks, as he got more comfortable, I would come to pick him up and be met at the door by a teacher “E didn’t have a good day. He _____ another child.” Bit, pushed, hit, yelled at. This would happen at least 1 out of 3 pick ups, if not more often. I started to get anxious walking to the door at pick-up and would often start crying when the teacher told me what he’d done. I just didn’t know what to do anymore. And then there was the hitting. My son would hit me at least once a day. Not by accident, not weakly, but with all his might looking right in my eye. Then there were the tantrums. He would throw out-of-control, crazy fits for seemingly small reasons, like his banana broke as I was passing it to him. Screaming, crying, throwing things, hitting, kicking, and sometimes going after baby M. Can you imagine having to choose between your children’s safety? I remember several times locking E behind a baby gate and hiding with the baby in my room until he settled down. Hiding from my own child who’d just hit me in the face. END. OF. THE. LINE. I finally called the mental health team for families.

When I called the mental health program I talked to a woman for 45 minutes, crying on the phone. I was so tired. I was so sad that I didn’t know how to deal with my own child. She assured me that they would help us within 6 weeks. SIX WEEKS?! I thought I would surely end up in a psych unit before that. Didn’t she understand that I was desperate and was obviously more important and desperate than other families? Gosh. Of course, i now know that that is not true. Once we got into the program and I met some other families I realized other people were dealing with much more than we were.

* Let me just interrupt to say these parents/caregivers are unsung heroes and should be given medals for getting their kid(s) fed and clothed every day. They have been dealt a rough hand and they keep showing up for their kids everyday despite that. WARRIORS! *

Once we were in the program, E was assessed many different ways by different therapists. How does he play with mom? How does he play with dad? How does he play with mom and dad together? How does he play with sister? Play therapists. Speech therapists. Psychiatric evaluation. Observing him in preschool. Observing him at the park. Observing him at home. Check his hearing. Check his vision. Oh and Hey Jenny? Would you like to fill out 100 forms about your kid? Wow. I have been waiting here hoping that someone would ask me that and you finally did, so thank you so much for picking up on that. NOT! So. Many. Forms. My hand was cramping up filling out all these forms. I personally think some of these organizations should get together to coordinate their forms because half of the information is the same on all of them and it is such a pain in the ass to fill out these forms after your difficult child goes to bed and you are so tired you can’t see straight. But I digress. After 4 months of assessments and forms, their verdict was brought back to us. “We would like to encourage you to seek a mild autism diagnosis.” Wait, what? I was stunned. I had no idea that was the bomb being thrown down at that meeting, otherwise I would have had my husband come with me. So there I was, alone, in a windowless office being told by a psychiatrist and a play therapist that they thought my son had autism. i was devastated and did not want to accept their evaluation. To me, autism was a severe disability. I pictured kids who couldn’t speak or control their behaviour, who looked away when you spoke to them and refused to enter rooms filled with people. That wasn’t my boy. They must be mistaken.

The waiting period for a public autism assessment at the time was 7 months. There are also private assessments that can be done within 2 weeks, but they can cost upwards of $3000 and we didn’t have the extra money. I cried off and on those 7 months like I was grieving a loved one. In a way I was. I was grieving the life I thought my son would have, the hopes I had for him, what I imagined parenting would be like. I hardly knew how to connect with him, it was like we spoke a different language. I felt very far away from him at that time. I had also been terrified my whole pregnancy that I would have a child with special needs. I had always felt awkward around people with differing abilities and prayed every day that my child would be healthy. Accepting that my son was probably on the autism spectrum was immensely difficult for me. I had tricked myself into booking an autism assessment by telling myself that I could cancel it at any time and didn’t have to accept the results. As we waited, I went back and forth about whether I wanted him to get a diagnosis or not. We need help, but I don’t want him to be slapped with a label. He obviously needs support in school, but maybe it’s just a phase and he’ll snap out of it. Receiving autism funding would help us pay for needed supports, but am I taking money away from other families who need it more? There were so many things to consider. In January 2017 E was diagnosed with Autism Spectrum Disorder. By that time I was relieved and grateful for that ordeal to be done. Of course, more ordeals were to come. But looking back I could see how we were well supported and cared for.